What is a parakeet

Parakeets are small to medium-sized parrots characterized by their social disposition, gentle personality, and long feathers in their tail. Their name comes from the French word perroquet which means parrot. There are more than 120 species and subspecies of birds that can be termed as parakeets, with the budgerigar, also known as the English parakeet, being the most numerous. The Alexandrine parakeet is the largest parrot to be referred to as a parakeet, and because of its size, it is also interchangeably called Alexandrine parrot. 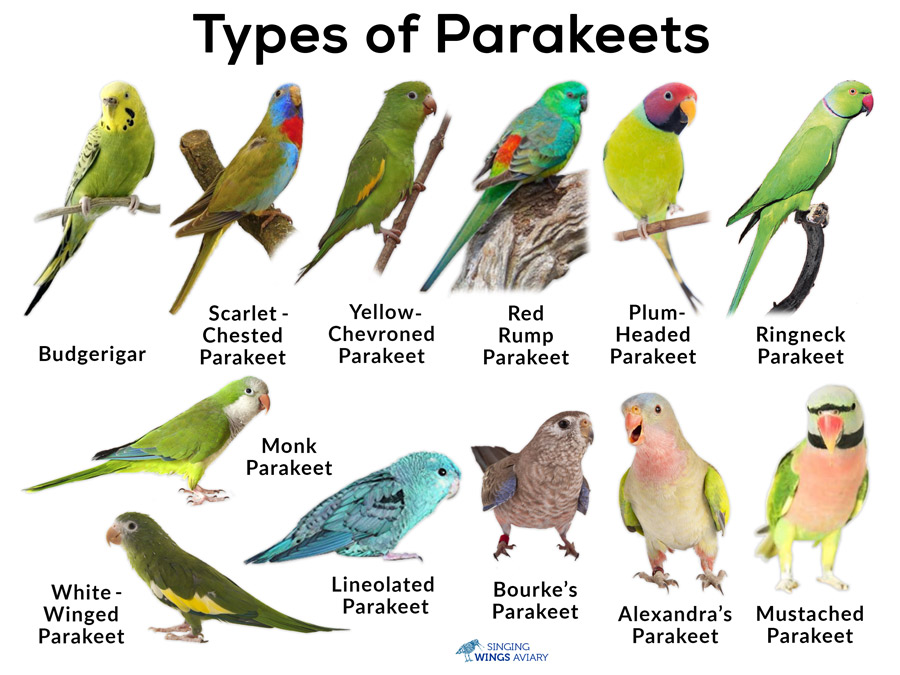 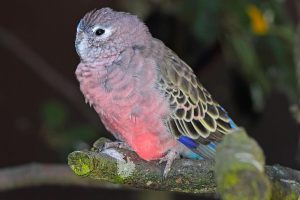 Parakeets can be found in a plethora of different habitats, with the budgie primarily inhabiting the dry areas in Australia and many other parakeets living in the rainforests of South America.

In aviculture, rosellas and conures are all considered parakeets, although some species may have shorter tail feathers than needed to qualify as a parakeet.

In their habitats in the wild, parakeets live in vast flocks but choose a single partner for life, forming monogamous pairs. For most species, the mating season falls in spring. Their age of sexual maturity varies between species, with the budgie, for example becoming mature at 3 to 5 months of age.

In the wild, they do not start to breed from such a young age and wait to be at least 10 months to a year before beginning to mate. Birds in captivity must also be given this time before they are made to breed.

The female parakeet usually lays between 6 and 8 eggs, incubating them for around 18 days before they hatch. 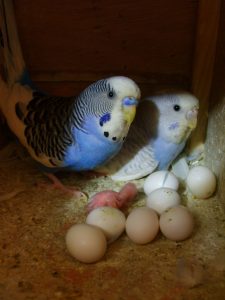 Lifespan: How long do parakeets live

Parakeets are usually not as long-lived as macaws and cockatoos. Their average lifespan varies between 5 and 15 years. The longevity in captivity depends upon several factors including a proper and balanced diet, mental enrichment, adequate interaction, etc. 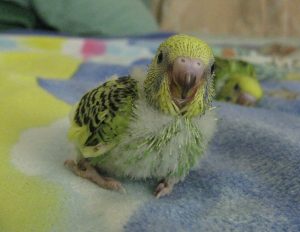 As pets, parakeets are among the most popular in the world, with the most common member, the budgie, being third in the list of animals kept as pets, after the dog and cat. Their affable personality, doubled with their ease of maintenance makes them very popular as pets the world over. Let us take a look at the nuances of keeping these sweet birds as a pet.

Parakeets are active birds and love to fly around in their nest. Keeping this in mind, they should be given as large an enclosure to live in as possible; even housing multiple parakeets in one cage wouldn’t be such a bad idea, as long as there is enough room for all of them. The ideal cage size for a single parakeet is around 20x18x18 inches, while for a couple of these birds the cage size must be augmented to 30x18x18 inches. There should also be enough room for toys, water and food dishes, as well as perches. 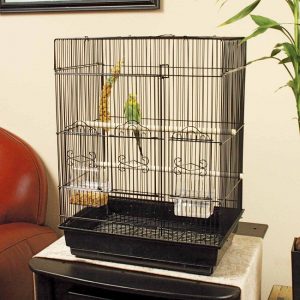 As mentioned earlier, parakeets are social, outgoing and active birds. Since they live in a flock in the wild, in captivity too, they usually do not take much time to get used to their human parents. They also adapt very swiftly to being captive and adjust quickly to their surroundings. These intelligent birds are one of the easiest in the parrot family to tame.

Like all members of the animal kingdom, they indeed have a ‘fight or flight’ instinct, and if they feel cornered they may lash out by biting, although this is rare and this behavior trait can be ironed out with training.

Often quite loud, they like to sing, chirp and squawk their time away. Their sounds may reach a fever pitch during the dawn and dusk, as it is their natural instinct in the wild to give out contact calls to their flock to disperse and congregate. 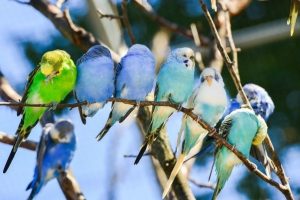 How to take care of a parakeet

Diet: What do parakeets eat

You can give your feathered friend a diet consisting of parakeet pellets, seeds, vegetables, fruits on a daily basis. Cuttlebones are an excellent source of calcium for them, as are eggs a good source of protein. Parakeets, in general, can also be occasionally given any healthy food that you might be having, including chicken, pasta, or a wheat toast.

What Fruits Can Parakeets Eat

Parakeets are fond of fruits, specifically, grapes, apples, pears, strawberries, melons, and kiwi are some of the fruits they enjoy so offer them these as often as possible.

Never give a parakeet chocolates or avocado as both of these are toxic to them, leading to serious health complications. 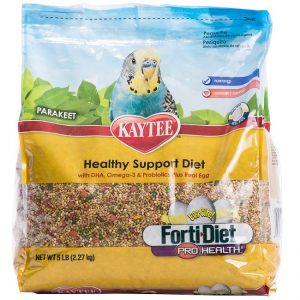 Most of these issues can be kept at bay by way of a balanced diet, constant interaction, and regular visits to a veterinarian.

How to train a parakeet: Useful tips

Because of their intelligence, training a parakeet is not much of a difficult task. Here are a few tips to keep in mind when you are training your bird: 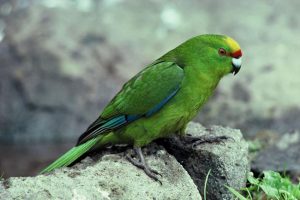 The ability of parakeets to talk may vary between species, and even between individuals of the same species. Male budgies usually learn to mimic very well, but that is usually not the case with female budgerigars.

How to Teach a Parakeet to Talk

Parakeets are able to naturally pick up sounds that they hear around them so make sure to let them spend a lot of time around you and your family as you talk about your day. You can also directly talk to the bird. At least leave a radio on near them at a moderate volume so that they can keep on hearing sounds that they can eventually learn to mimic.

Price: How much does a parakeet cost

Owing to their size and easy availability, parakeets are one of the most inexpensive birds to get as a pet. While the price varies from species to species, you can buy one of these darlings for anywhere between $10 and $60, with budgies costing the least. 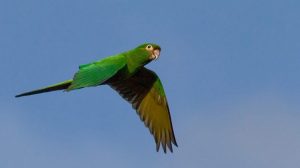 Video: Parakeets having a discussion