Macaws, the giants of the parrot world (Psittacidae), come with attractive colors and mimicking abilities tripled with friendly dispositions in most cases, making them good pets or companion birds. However, due to this, many of these have become endangered, with the Spix’s macaw possibly having become extinct in the wild. The glaucous macaw has also probably been driven to extinction, as there were only two confirmed sightings in the whole of the 20th century. The largest member of the macaw family is the hyacinth macaw, while the smallest is the Hahn’s macaw, being similar in size to some parakeets. 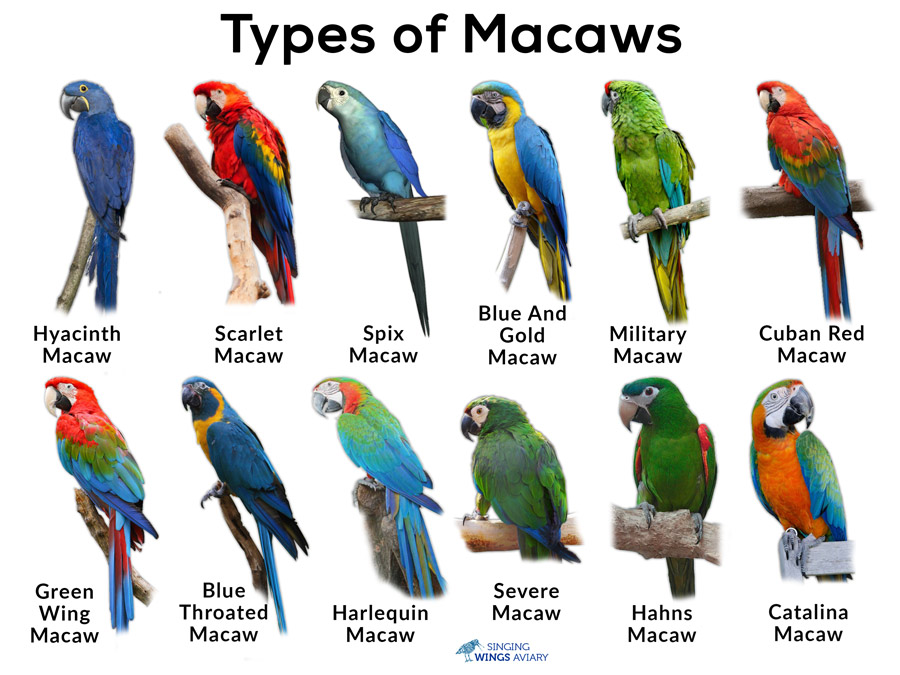 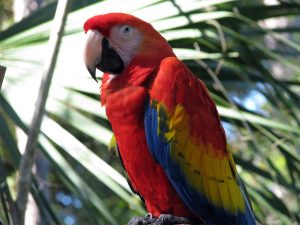 Habitat: Where do macaws live in the wild

Macaws are usually seen mostly in rainforests, with some preferring savannahs and woodlands. They are endemic to the Americas, residing in South America, Central America, and North America (only up to Mexico). 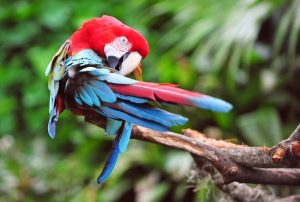 Macaws in the wild are monogamous, meaning they keep the same partner for life, with their breeding season occurring between the seasons of spring to early summer. Most species lay 3-5 eggs which hatch after about 25-30 days. 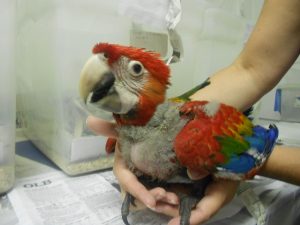 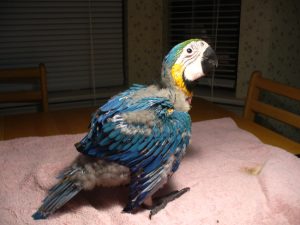 Lifespan: How long do macaws live

Macaws are long-lived birds, with their lifespan ranging from 30 to 60 years or more. The smaller species have a shorter life than the larger ones, living for around 30 years, while the largest of the macaws can live to be 60 or upwards if given the right amount of care and enrichment.

Keeping them as pets 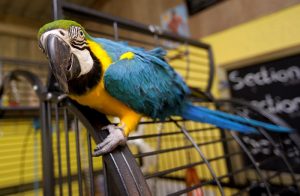 Most macaw species are large, requiring sufficiently roomy cages to live in. They tend to make a lot of noise so it will be in your neighbors’ best interest to keep them in a sound-proof room/cage to minimize the sound they make. Place perches within the cage, and provide enough toys, including foraging toys. Let them out of their cage for a few hours each day, as exercise is quite important for their wellbeing.

Macaws are generally friendly and affectionate birds as long as they get enough attention and company from their owner. It is important to build this bond between the bird and its owner as, with its strong beak, it is quite capable of inflicting a painful bite, even drawing blood on occasions. But a macaw only tends to attack when startled or feeling threatened; so, teach your bird to feel safe around you.

Their screeches reach a fever pitch during dawn and dusk, as in the wild those are the times when they call to let their flock know it is time to disperse from/come back to the nesting sites. They are also rather intelligent and inquisitive. 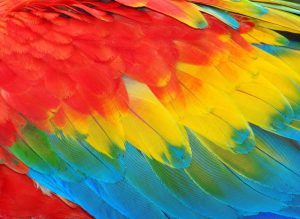 You will need to replace the food and water dishes within the cage every day with fresh and clean ones. The enclosure will also need to be disinfected at least once every 6-12 months. Clip the nails and trim the feathers at regular intervals. Macaws like to bathe, so make sure to provide it with a large bowl with sufficient water in which it can bathe, or you can also use a mist spray. 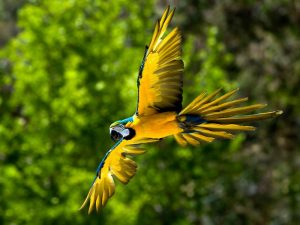 Feeding: What do macaws eat

You can give your pet macaw a diet of pellets. Other fresh food options include fruits like apples, bananas, oranges, grapes, and melon, as well as vegetables like carrots, kale, broccoli, Brussels sprouts, and celery. Never give a macaw chocolate and avocado, as they are toxic for all members of the parrot family. In the wild macaws eat nuts, seeds, fruits, leaves, stems, and flowers.

They are among the most omnivorous of parrots, and you may give your pet some meat from time to time for protein. 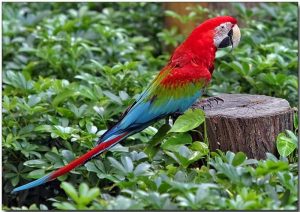 How to train a macaw: Few useful tips 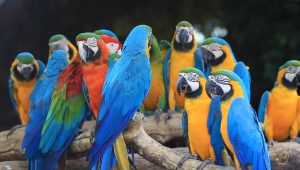 Cost: How much is a macaw

Prices of macaws can vary widely depending on the species and their availability. It can cost you as little as a few hundred bucks to as high as in the thousands. 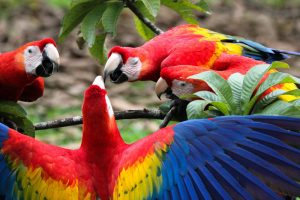