The relation between birds and rice has been interpreted variedly leaving many bird owners confused about whether or not to give their pet birds rice in any form. The idea that uncooked rice can kill birds has been a long-standing one.

In fact, during 1985, a law under the name of An Act Prohibiting the Use of Uncooked Rice at Nuptial Affairs was initiated by a Connecticut state legislator, opposing the tradition of throwing rice at the newlyweds, as the leftover rice is often swallowed by birds. 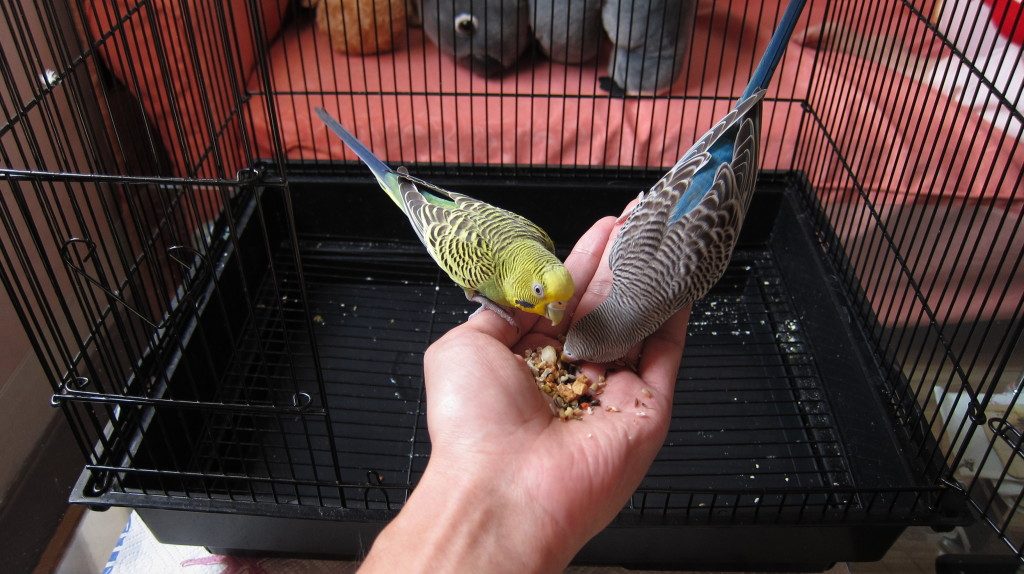 Can You Feed Rice to Birds

It is a common belief that when a bird eats uncooked rice, it soaks up the fluids from the bird’s stomach and expands, causing the bird to explode and die miserably. But according to Roland C. Clement, a professional ornithologist and former president of Connecticut Audubon Society, rice can never kill a bird.

His opinion has been backed by several bird experts, like Ned Johnson, an ornithologist and a professor of biology at the University of California, Berkeley.

To bust this myth about rice being a ‘poison’ to birds, biology professor James Krupa conducted a study in 2005, with 60 pigeons and doves. First, he tested the expansion level of rice when soaked in water, followed by regular bird seed; while rice expanded by 33%, birdseed increased more, by about 40%. He then kept the birds on a diet consisting only of instant rice and water for a day, with none of the birds falling sick or showing any sign of illness in the end.

Wild birds do feed on rice and other grains, so much that some of them are even considered a pest. The speed at which the rice or other grains absorb the moisture from the bird’s stomach is very slow. In reality, the acid and enzymes from the bird’s digestive tract break down the rice into nutrients and waste inside the muscular pouch in their esophagus (known as a crop), long before the rice grains can reach the stomach to suck up all the water there.

It is a fact that smaller species of birds (e.g. canaries, finches) find uncooked rice dry and too big to swallow, but larger birds do not have such practical difficulties. As far as your pet bird is concerned, you can feed it cooked (white and brown) and uncooked rice depending on the bird’s size.

Make sure the rice is unsalted, as salt might lead to too much thirst and dehydration. Additionally, it is advisable to combine rice with other healthy fresh and dry foods like sunflower kernels, peanuts, and oats, to bring variation, also making sure your bird is getting all the nutrition it needs.

What Do Finches Eat and How to Feed Them