The plum headed parakeet is a species of the parrot family, native to the Indian Subcontinent. This dimorphic species is usually seen living in flocks with the males possessing a red head, a black stripe on the chin, and a black neck collar. The females, on the other hand, have a characteristic bluish-gray head, and the black collar is replaced with yellow. 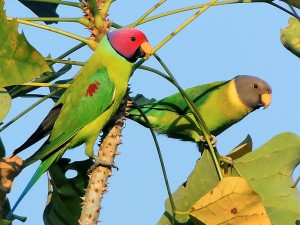 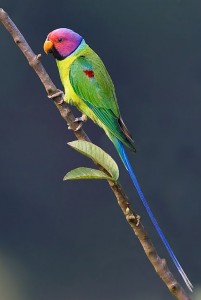 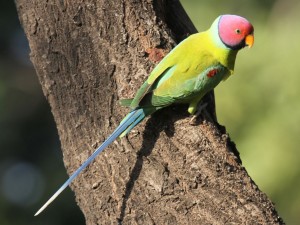 Many color variations of plum-headed parakeets have been bred in captivity, such as lutino, blue, green, and albino. 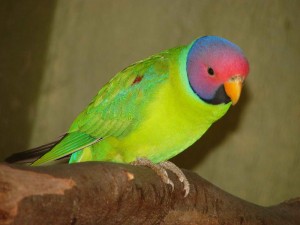 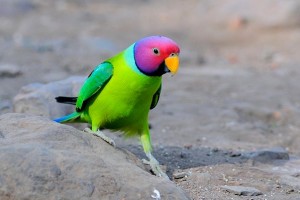 The plum-headed parakeets are kept as pets throughout the world, including the US and the Middle East.

Since they are fast and active flyers by nature, this parakeet species should be placed in large cages or aviaries. A cage with minimum dimensions of 100cmX50cmX80 cm should be used to house a pair. Place two softwood perches of about 12 mm diameter at different heights in the cage for allowing them to roost. Keep the cage accessories including toys, food dishes, and perches to a minimum, which will provide it with adequate space to move freely in its enclosure. Set up the cage in a place away from drafts or harmful fumes. 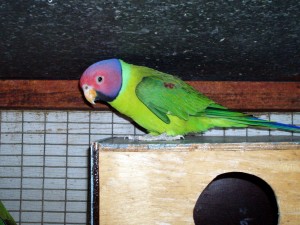 Placing a nesting box in their cages and aviaries before the beginning of breeding season is a good option, since they like to lay eggs in a well-covered and hidden place.

Avoid keeping your pet bird in extreme temperatures, as it normally thrives at about 65°F. Put a heat source like a birdcage warmer inside the enclosure to keep it warm and comfortable during the cold winter months. 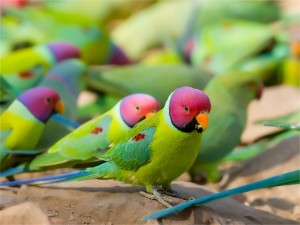 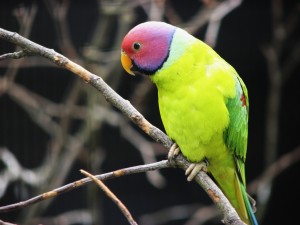 Their pleasant nature makes them tolerant to other birds when housed together in aviaries. However, like other parakeet species, they can become aggressive during breeding seasons. Although these intelligent birds often learn to imitate short whistling tunes, their talking ability is inferior to the larger parrot species. In captivity, they have an initial shyness and timidity, which can be dealt with good persistent training and regular interaction. Despite being sociable, they do not like to be cuddled by their owners.

Provide a combination of fresh fruits, seeds, vegetables, and commercial pellets. They like to peck on different types of nuts like almonds, pecans, and walnuts with cracked shells. Occasional treats in the form of spray millets, grains, rice, and cooked beans are also enjoyed. Be sure to include an adequate quantity of fresh water in their diet. 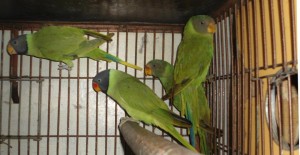 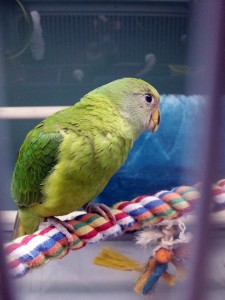 To keep your pet’s plumage healthy and clean, keep a flat container full of water for allowing it to take baths regularly. You may also use a shower sprayer for bathing it twice or thrice a week. Use specific grooming items to trim its beak and nails when required.

Respiratory infections, inflammations of the sinus, eye infections, thyroid gland enlargement, parrot fever, Pacheco’s Disease, diarrhea, and cold are some of the health issues commonly seen in them. 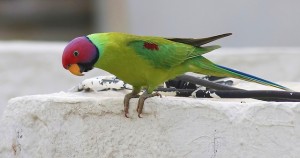 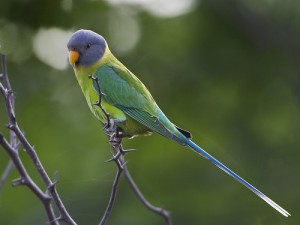 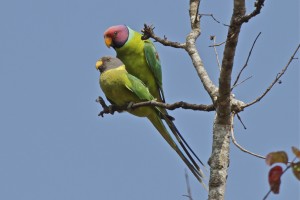 One response to “Plum-headed Parakeet”