The red rump parakeet is a common parrot species found in southeastern Australia. The male red rump parrots have a characteristic emerald green plumage and a brick-red rump on the upper back. The females have a less vivid plumage with dull green wings, lacking the red rump found in males. 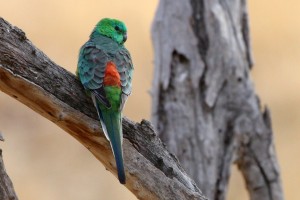 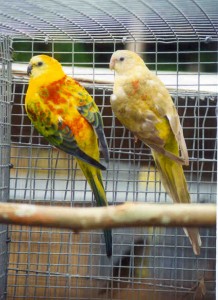 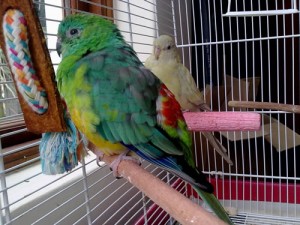 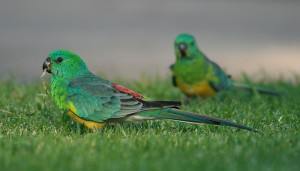 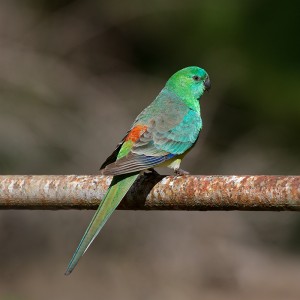 The red rump parrots are easy to pet, making them appropriate for beginners.

A large breeding cage with a minimum space of 32 X 20 X 20 inches should be used for housing them. Keeping them in large, ventilated cages or aviaries not only help them to remain active but also prevent them from exhibiting aggressive behavior towards other birds. Round cages should be avoided owing to their limited space. Cage accessories like ladders, swings, and perches will keep them busy throughout the day. 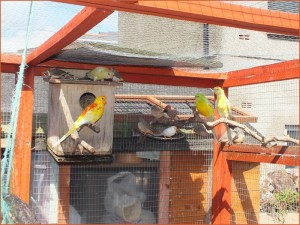 The red rumps accept vertical nest boxes that have a space of 10 X 6 X 6 inches and a concave bottom. Add some aspen shavings to the floor of their nesting box to absorb their droppings as well as to prevent their eggs from rolling over.

When acclimatized to cold weather, the parakeets can even tolerate temperatures of 4°C-10°C. However, keeping a bird warmer inside the cages is recommended during the winter months. 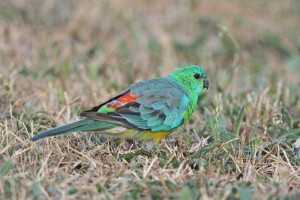 Although they like to live in pairs, they are usually not compatible with other bird species. As they become bored easily, provide them with bird toys to keep them refreshed and stimulated mentally. Spending time by interacting and hand feeding your pet bird, is also a good option for strengthening the relationship between you and your companion. If left alone too long, they might become less social and even hostile.

Red rumps should be given a combination of millets, mixed canary seeds, and a modest quantity of sunflower seeds. To provide them with the necessary amount of vitamins, minerals, and proteins, include grit, cuttlebone, eggfood, spinach, lettuce, chickweed, green beans, apples, carrots, and broccoli. 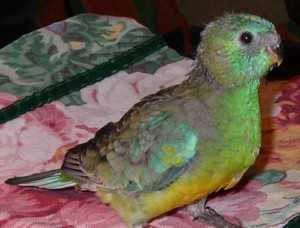 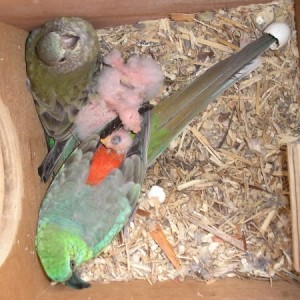 The red-backed parrots require fairly low maintenance to keep themselves in good condition. However, proper care should be taken to bathe them regularly with fresh bathing water, as also to trim their nails when needed. Be sure to provide them a hygienic environment to live in by cleaning their aviaries and cages with proper disinfectants.

Being a hardy species, these birds exhibit remarkable resistance to diseases when kept under favorable conditions. However, they can suffer from a few problems including feather plucking, eye infections, egg pecking, parrot fever, frostbite, cold, respiratory problems, and Pacheco’s Disease. 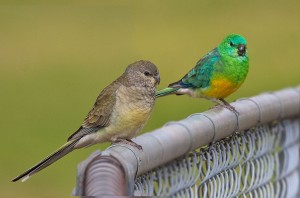 One response to “Red Rump Parakeet”