The Timneh (pronunciation: tim-nuh) African grey parrot, found in West Africa, is part of the genus given the moniker, ‘the Einstein’s of the bird world,’ and by no means is the epithet a stretch. It is rapidly catching up with the Congo African grey in terms of popularity for adoption as pets, and with good reason, as the Timneh is smaller and easier to maintain than the Congo. 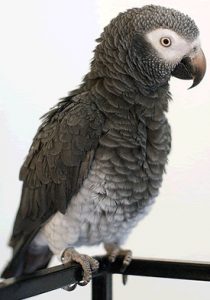 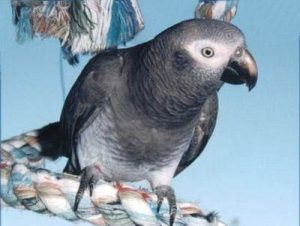 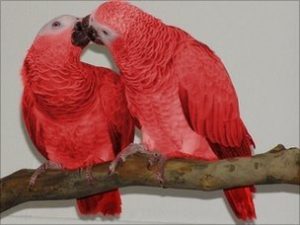 The Timneh African grey has recently gained considerable popularity as pets across the world owing to its easy going ways, good sociable characteristics and cheerful demeanor.

Provide your bird a cage with as large a size as possible, preferably 4’x4’x4’, as Timnehs are an active bird who like to spread their wings frequently. It needs to be let out of the cage for as long as possible. The cage should be placed somewhere that is draft-free and well-lighted. A parrot perch or a playpen will ensure that you TAG is kept busy for most of the day, without requiring too much of your attention.

Perches made out of natural wood must be provided to your bird, as well as toys such as parrot swings, bells, chains, climbing ropes, and destructible bird toys.

The Timneh African grey can be kept at room temperature. 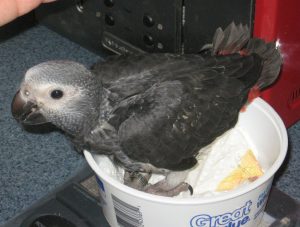 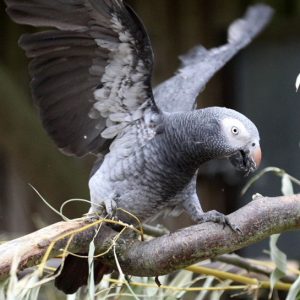 Compared to its close cousin, the Congo African grey parrot, Timnehs are less nervous around new surroundings and has a more inquisitive behavior by nature. In fact, when it comes to being able to learn to talk, the Timnehs have excelled more than their cousins from Congo by being able to pick up lessons at a much younger age. Training must be started from an adequately young age to get the best results.

One thing to keep in mind with all African grey parrots, including the Timneh, is that they tend to have hard beaks and sometimes instead of giving a gentle nip to warn off its human, it bites hard. Although this happens very rarely, often while the parrot is being asked to do something that it does not like, and taking a cue from its body language is a way to avoid such painful biting wounds.

Food items that you can give your pet Timneh are sprouts, seeds, fruits, vegetables, nuts, and commercial pellets. You can also share some of the nutritional foods that you consume with your bird. A cuttlefish bone or a calcium block should be a good source of calcium for your pet.

Avoid giving the parrot avocado and chocolate, as they can turn out to be life-threatening for the bird. Also, sugar and salt should not be given to it.

Timnehs enjoy the occasional bath, and you can provide this to them by way of a mist-spray or a fine spraying hose, the water should be tepid and later on the bird should be allowed to dry itself out under sufficient sunlight.

Trimming the wings of the bird should be done regularly to discourage flight. But this must be done with utmost care, and only some feathers should be trimmed. Otherwise, this heavy bird may injure itself by taking flight, before crashing down to the floor below.

Perches and toys should take care of keeping the beak and claws in top shape, but in case they don’t, you would need to have those clipped as well. 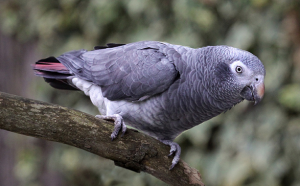 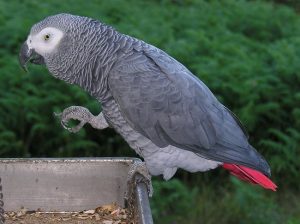 Some of the common ailments that the Timneh African grey parrots are plagued with are: 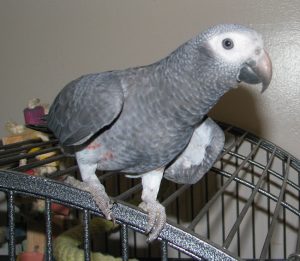