The java sparrow, a small bird species of the estrildid finch family, originating from Asia, is commonly found in Bali, Bawean, and Java in Indonesia. Its popularity in aviculture has resulted in its introduction to several other countries.

Although it is hard to spot a visual difference between the two sexes, the males have a swelling at the top of their bill during the breeding season. The bill turns redder with the formation of a distinct ridge. As compared to the female birds, the males have a much darker eye ring. 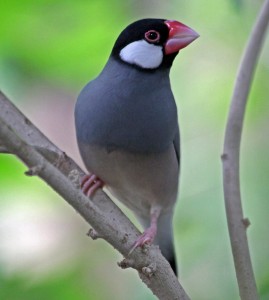 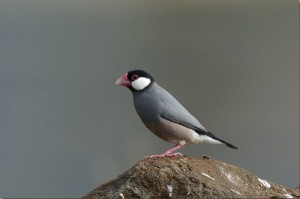 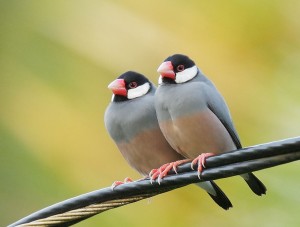 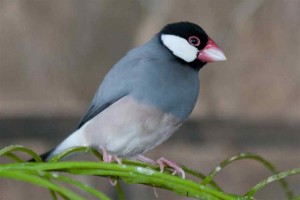 These finches make a great pet for those looking to keep an obedient and passive bird.

It does best when kept in groups consisting of large finches like munias and weavers or with other java finches. Providing a large flight or cage with a minimum dimension of 12 ft X 4 ft X 7 ft is recommended. Wooden perches placed horizontally in the cage give it ideal roosting spots while the swings, ladders, and other bird toys keep it active both mentally and physically. 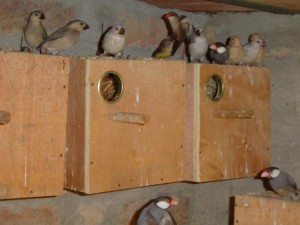 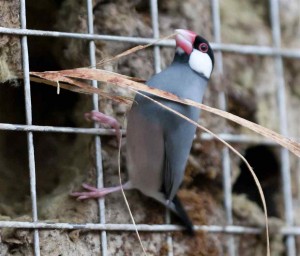 These sparrows often do not accept small nest boxes, but prefer anything between a standard box (measuring 5 inch X 5 inch) and a larger version (with dimensions of 8 inch X 8 inch). Although they are not good at building nests, they occasionally make use of shredded paper and some rough materials like coconut fiber, pine needles, and hay to construct a nest. You may also place some sawdust at the bottom of the nest to create a perfect base for them to settle down and lay eggs.

Despite being resilient to wide-ranging temperatures, the rice bird avoids breeding in extremely hot as well as cold conditions. It should be kept in heated cages if the temperature plummets below 25°F. 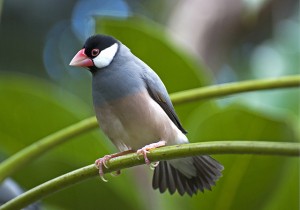 Even though its stature could be intimidating for the more unassertive birds, its calm and nonaggressive disposition makes it highly sociable like most finch species. When kept in a group of finches, it often displays its outgoing nature by cleaning the feathers of other flock members with its beak. 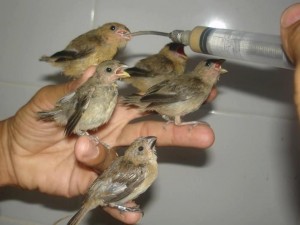 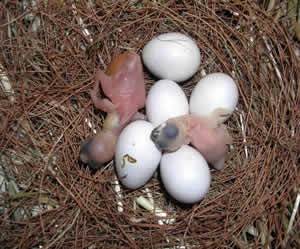 Maintain proper hygiene by cleaning your pet’s cage quite frequently. Since it is fond of bathing, placing a dish containing fresh water in its cage is recommended.

Since it is not known to suffer from any severe health issues, this finch is considered a hardy species. Check out its feather conditions regularly, as ruffled feathers usually indicate illness. You may consult an experienced vet if you are not sure about your pet’s condition. 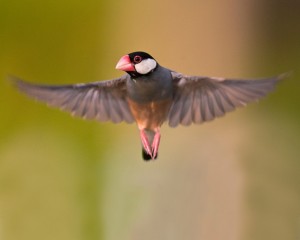 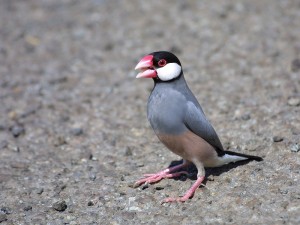