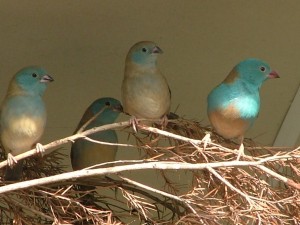 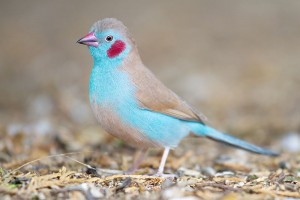 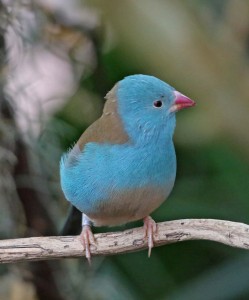 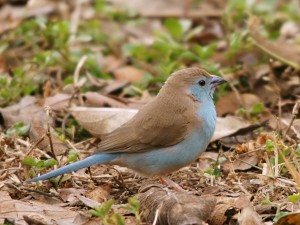 Blue-breasted waxbills are known to have four recognized subspecies:

The Red-cheeked waxbills have five recognized subspecies including:

Unlike the red-cheeked and blue-breasted species, the blue-capped waxbills do not have any recognized subspecies. 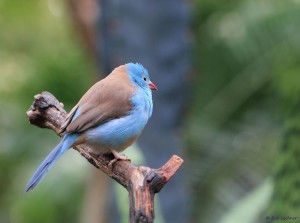 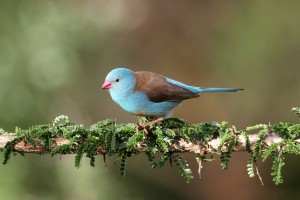 Characterized by melodious calls and striking coloration, cordon bleus are a common choice of pets for bird lovers.

These birds thrive in spacious flight cages or large planted aviaries that provide them with ample hiding opportunities, particularly during their breeding period. Each breeding pair should be kept in a 36 inches X 16 inches X 16 inches cage. Confining them to small cages makes them bored and aggressive, which might lead to feather plucking issues. Horizontal bars should be placed in their aviaries for providing them with comfortable roosting spots. 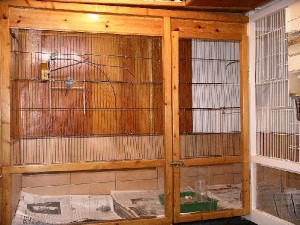 Cordon Bleus accept wicker nests or half-open finch nest boxes for nesting. Fine grass, pale feathers, coconut fibers, and other nesting materials should be provided, especially throughout incubation. They do not like their nests being disturbed or inspected when nesting. Therefore, placement of nest boxes in aviaries should be considered carefully.

They are a delicate species that require somewhat warm, dry environment to survive. Their enclosure should be kept at an ambient temperature, no cooler than 18°C (65 °F). During winter months, their flights and aviaries should be kept indoors. 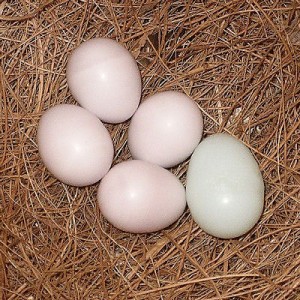 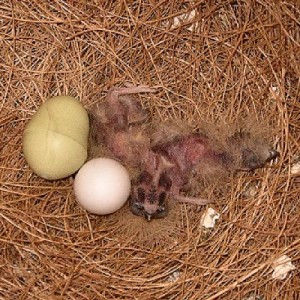 Being peaceful and quiet, this finch species is suited for mixed aviaries. However, they are protective of their nests and their number should not be more than the other bird species in the mixed aviaries. If housed together, the males often become aggressive towards each other in the company of females, particularly during breeding season.

In addition to the seeds, greens, and insects that constitute their diet in the wild, these birds should also be provided with plenty of grit, cuttlebone, and fresh water when kept in captivity. Carrot tops, broccoli tops, egg food, spray millet, chickweed, spinach, and lettuce can be provided frequently.

Like other finch species, the cordon bleus are prone to obesity. Keeping them in large flight cages or aviaries give them enough room to fly, providing them the necessary amount of exercise.

The cordon bleus are susceptible to worms and parasitic infections, making appropriate worming programs a must for the aviaries. 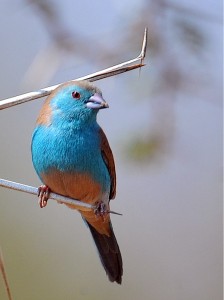 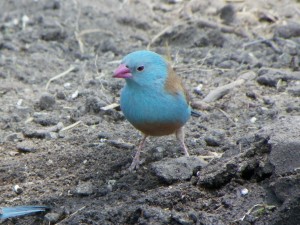 A pair of cordon bleu waxbills is going to cost you around $100.