Hyacinth macaws (scientifically known as Anodorhynchus hyacinthinus), a type of blue parrots, are the largest of all flying parrots. These “gentle giants” are a delight to look at because of their conspicuous appearance and social disposition. Although their existence is susceptible to extinction because of rapid habitat loss but commercial breeding is legal as it helps conserve the species well.

Adoption of hyacinth macaws is a full-time adventure, that too for a long time. So, ensuring the fact that you are financially, mentally and physically capable of a long term commitment is the most important aspect to contemplate on before acquiring the bird. 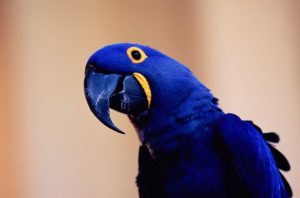 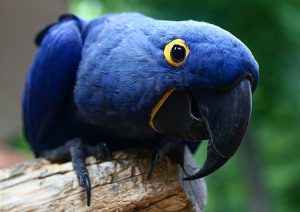 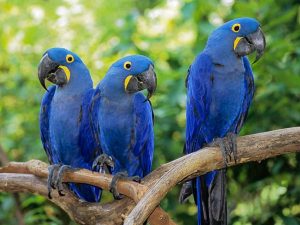 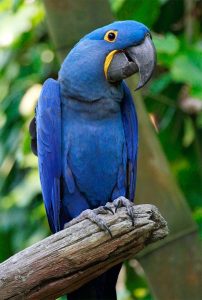 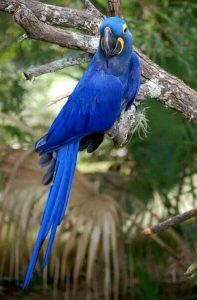 Their wide wingspan and long tail call for a large cage with minimum dimensions of 60X72X36 inches. Also, the ideal material for the cage should be stainless steel, as the bird can destroy other materials easily with its strong beak. Perches made of either ribbonwood or manzanita will help keep nails groomed.

Set up a play pen or a play gym on which the macaw can stay at least for 2-3 hours. This will help the bird relax its muscle and extend wings.

Although the bird can withstand both cold and hot weather, the ideal temperature is always around 86°F. Also, the surroundings should be draft free. 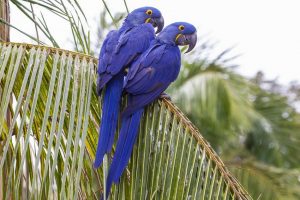 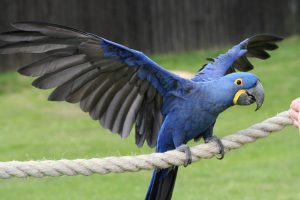 Hyacinth macaws exhibit amicable and outgoing behavior, most of which starts off with making a strong bond with their owner, although they are not possessive about their preferred “human”. If you have frequent guests at home, your pet will gladly meet them out of its instinctive social nature. It even enjoys playing with kids. If left alone for a long time it becomes cranky. For its enrichment, toys and human association are needed.

Don’t get surprised if your bird acts like a prankster, as playing dead is one of its favorite activities. Sometimes, keeping its beak out of the cage or staring at you endlessly are little tricks it might do to you. Chomping on wooden toys, with or without chewable leather strips, is their favorite activity. Talking is their forte, picking up some words and repeating them isn’t unexpected from these clever birds.  It enjoys cuddling and kisses from its owner.

Due to their strong metabolism, they digest fast. Fresh vegetables and fruits, those are high in carbohydrates and fat along with low protein are a good way to satisfy their dietary needs. Macadamia fruits, coconut, walnut, and Brazilian nut should be given frequently. Market-ready formulated diets are also ideal. 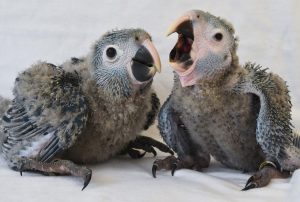 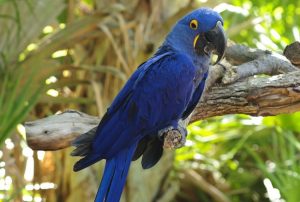 As already mentioned, you need the diligence to look after your pet. Never leave it alone as the bird might emit a harsh sound, if it doesn’t find you, in hope to get a response from you. Treat them just the way you treat a three-year-old with your love and attention. Since it has a strong beak, during training, biting is a common thing to come across, so careful handling is needed. Engage it in stimulating activities by interacting so that it doesn’t become destructive. 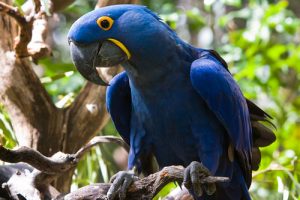 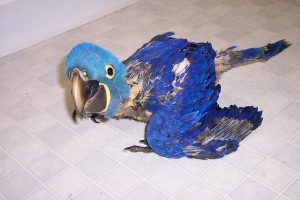 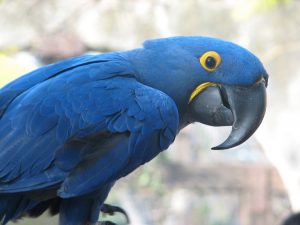 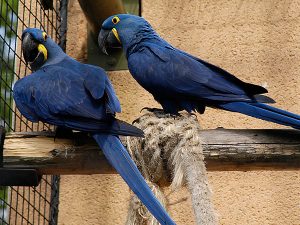