The Gouldian finch, also known as rainbow finch, Lady Gouldian finch, Gould’s finch, Scarlet-headed finch is an attractive and colorful bird. These birds, with a blackish beak have red, yellow or black colored heads because of their color mutations. Female finches have a less bright hue than their male counterparts and are characterized with a light mauve chest. Being classified as ‘endangered in the wild’, by the IUCN in 1992, most of these birds are bred in captivity mainly in Australia. 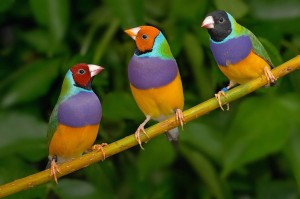 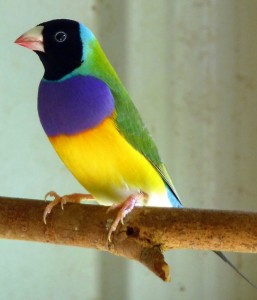 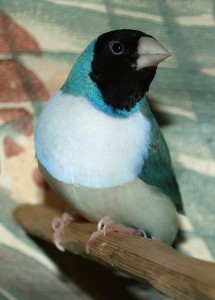 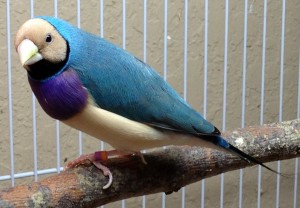 These colorful songbirds are mostly preferred as pets as they are a delight to watch and be heard.

These birds can be housed in cages or aviaries, the former being more preferable. Large cages with proper sunlight are needed for them to fly about freely as small enclosures make them stressed, reducing their lifespan and hampering breeding in females. The cages, preferably of wrought iron or steel should be about 51cm in length with moderate sized doors to suffice cleaning, feeding, and washing. You may place a nest box along with soft wood and branches to serve as a perch. If you have an aviary, decorate them with small wooden ladders or swings. Being unable to bear cold there should be a provision for a loft or space in the cage to protect them from drafts. 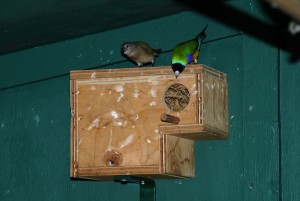 Paper towels, waxed paper or newspaper should be kept at the bottom of the cage and changed daily. It is advisable to avoid sand, walnut shells or corncob to prevent bacterial growth. Hay and cotton are recommended as substrates for nest boxes.

The Gouldian Finch requires a high temperature of about 70 to 75 degrees Fahrenheit.

Having a pleasant temperament, and alert, sociable nature, these birds are to be kept in groups. These delicate Finches dislike being cuddled or held. A change in environment can be fatal for them by making them stressed, reducing their capacity to fight against diseases. 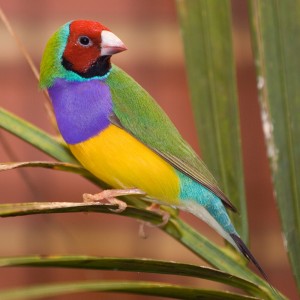 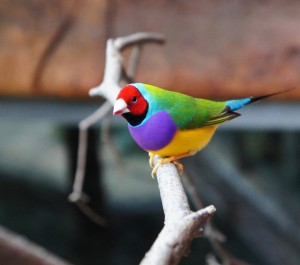 Apart from seeds, fruits such as cherries, apple, grapes and vegetables like spinach, parsley, dandelions etc. are beneficial. Sprouted seeds are also good for them. They may feed on live insects like fruit flies, cricket etc. During the breeding period, a rise in protein content in their diet is required that may be done by giving them a mixture of egg food. The presence of a cuttle bone in the cage will suffice the calcium requirements. Being prone to water borne diseases they should be provided with clean, fresh drinking water. 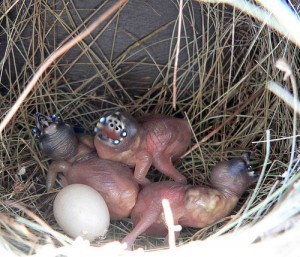 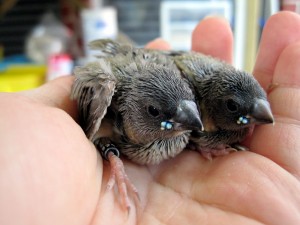 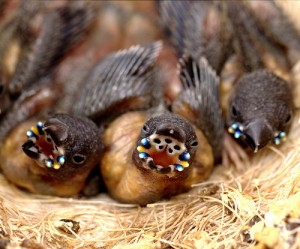 They love to splash water and can be bathed in a clean saucer or sprayed gently by a plant mister. In order to prevent injury from their overgrown nails, use a bird nail clipper or call a professional groomer or vet.

One of the common diseases encountered by them is the air-sac mite infection that occurs when they are stressed. They may also suffer from cold, egg- binding (in females), scaly face, fracture or Coccidiosis (where the bird will suffer from diarrhea and pass out yellow watery droppings). Ornithosis, highly common in mutation Gouldians is accompanied by eye problems or infections. Certain symptoms like reduced movement, lessened food consumption, fatigue, lack of interest in surroundings, squatting on the floor etc. will help in determining a sick bird. Keeping a diseased bird in a quarantine cage, having a heated lamp will ensure proper care.

With proper care, a Gouldian finch can live for up to 8 years. 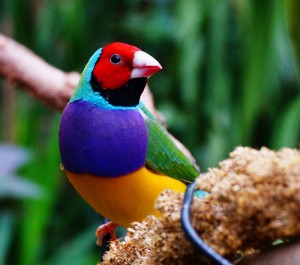 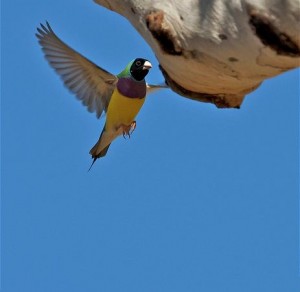 Buying a Gouldian finch can cost anywhere between $175-$500.