Red-lored Amazon, also known as the red-lored parrot, is a medium-sized bird, native to certain parts of the Americas. Usually found at an elevation of about 1100 m, the species has ventured out into other locations, leaving their native habitat, adapting to newer conditions well, as they are known to have established feral populations in many regions of California. 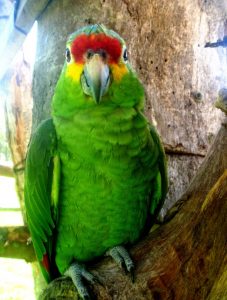 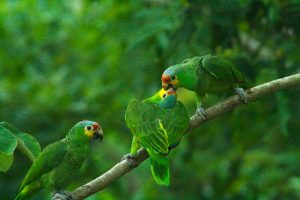 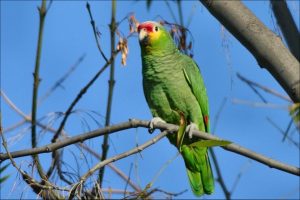 Minimum recommended cage size is 2.6 ft x 2.6ft x 4ft. The cage should be big enough to house several perches for the bird to move around and climb freely as also for chewing as they enjoy it. Toys should be kept inside the cage for amusement purposes.

It should be kept in mind to bathe the bird as they are rainforest parrots and are known to enjoy a shower. 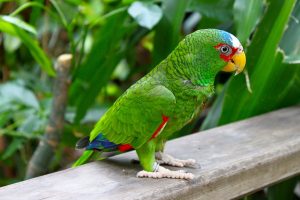 They make great pets as they are known to be quite intelligent and active. Their personality largely depends on how they are being treated. The parrots possess an amiable temperament while sometimes they do become aggressive, especially during the breeding season. This trait can be changed by proper training from an early stage when the bird is young. They are well known for their mimicking ability.

Red-lored Amazon possesses strong body language, making it simpler for the owner to ascertain the parrot’s mood and deal accordingly. 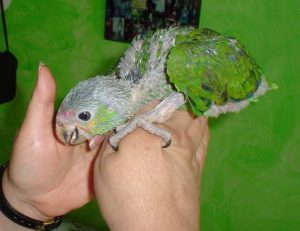 High-quality pellet food with nutritious seed mixes should be given to them. In addition, regular servings of fresh fruits and vegetables are also recommended. 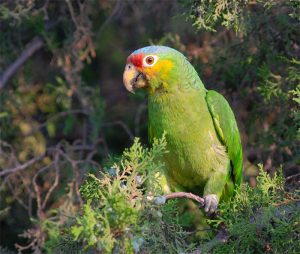 They are pretty hardy, seldom falling sick when proper care is taken. However, they are prone to some illnesses which include some allergies, parrot fever (psittacosis) as well as other viral, bacterial and fungal infections. Feather picking, heavy metal poisoning, and kidney diseases are some of the other ailments the species is associated with. Symptoms to look out for include ruffled plumage, drooping wings, extreme mood swings, diminishing appetite, any swelling in the body or of the eyelids, and any noticeable changes in the feces. Consulting a veterinary doctor at the first sign of any health problem is highly recommended. 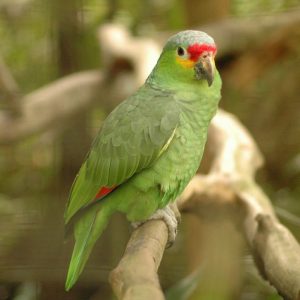