The star finch, also known as red-faced finch, red-faced grass finch, rufous-tailed finch, ruficauda finch, is characterized by a red beak, with males having a larger face mask. Their numbers have reduced due to the cage-bird trade and they mostly exist in aviaries. 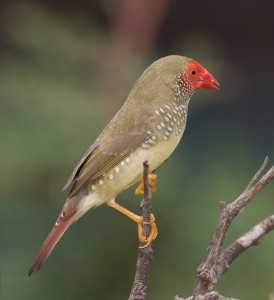 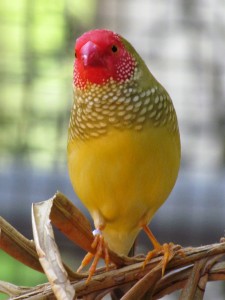 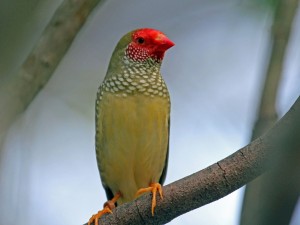 The pleasant temperament of this friendly, sociable species makes them excellent show birds and a popular choice for pets.

A large cage or a planted aviary is best suited for them, helping them to fly about easily. Soft wood or natural branches are a good option for a perch. The cage should have a half open nest box or one with an entrance hole though the finches prefer large wicker baskets to the box. 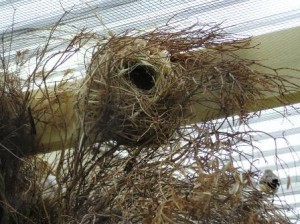 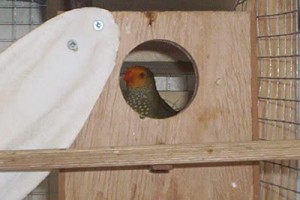 A clean paper should be placed at the bottom of the cage and changed on a daily basis. Grass and hay form good nest box substrates. 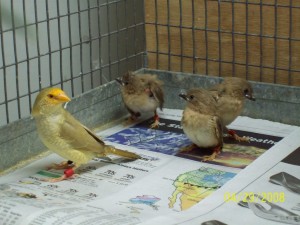 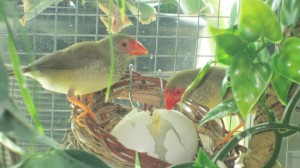 These active birds get along well with their own group as well as birds of other species provided they have a temperament similar to theirs. They are not shy to people and are good to be observed as well as appreciated.

Like most finches, they too thrive well on seeds. The Siberian, proso, Japanese and German millets are well suited for them. Their diet should also comprise of kale, broccoli tops, grated carrot, lettuce, chopped spinach and apples. Boiled egg or egg food, cuttlebone, and grit provides adequate nutrition. Fresh water should be provided at the foot of their cage on a regular basis. 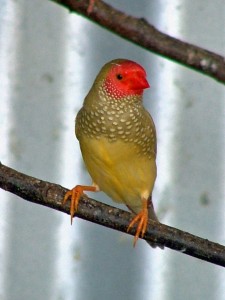 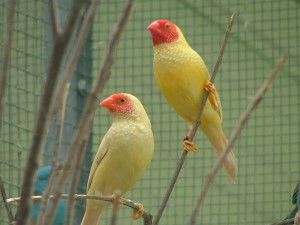 These birds are easy to maintain. Their nails grow fast and should be trimmed on a regular basis.

These hardy birds seldom suffer from serious ailments. However, exposure to extreme cold may make them fall ill. They should be giving the worming treatment throughout the year. They may also have problems if their toenails are overgrown.

Depending on the mutation, star finches cost around $45-$75 in the US.