The green-wing macaw is one of the most readily available of the macaw species, and also one of the largest, smaller only than the hyacinth macaw. Its calm and friendly temperament despite its size has earned it the epithet ‘the gentle giant.’ It should be the obvious choice as a pet for someone looking to own a macaw. 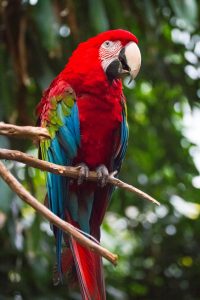 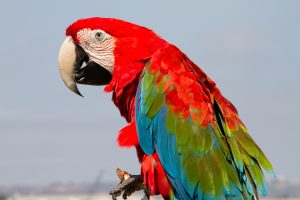 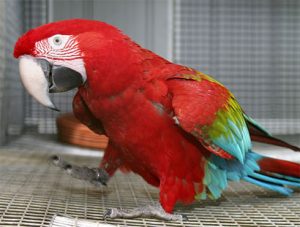 The green-winged macaw’s gentle disposition coupled with social and friendly characteristics makes it an excellent choice for a pet. However, its large size, loud calls, and long lifespan also mandates that it is only kept by someone who has the commitment and time to make sure the bird does not get bored.

Purchase a roomy cage with dimensions of at least 2.5×3 feet. Place robust perches inside the cage along with chewable fruit tree branches, replacing them occasionally with new ones. Toys also need to be provided for your pet to maintain its mental enrichment.

Remember that although quieter than other macaws, the green wing can be quite noisy when they decide to scream, so it might be a good idea to keep the cage in a soundproofed room.

The bird must be let out of the cage to roam freely for at least 2-3 hours per day. 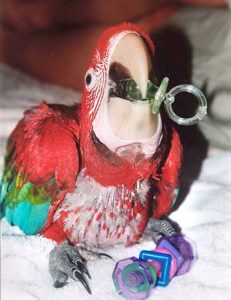 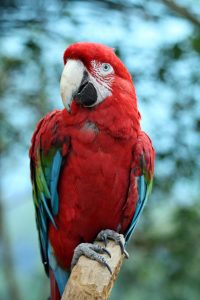 The red and green macaw can withstand temperatures ranging from 65°-78°F (18°-25°C). It may be alright with temperatures even lower, but only for short periods.

They are a bird with a horizontal temperament as long as they are interacted with regularly. They are quite lovable, sociable and intelligent. They are also rather inquisitive and will consider everything around the household a toy, be it a valuable possession of yours, or probably an electric wiring. They have the tendency to give back your moods back to you, if you are happy around it, it will be happy and vice versa.

They like to be cuddled, petted and preened, so don’t be miserly with that when you are with your green-winged macaw.

They can learn to talk by mimicking human speech with proper training.

Aggression from the green-winged macaw, although rare, should be kept an eye out for, as their strong beaks have enough bite force to sever a finger or two. 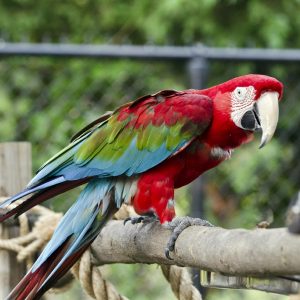 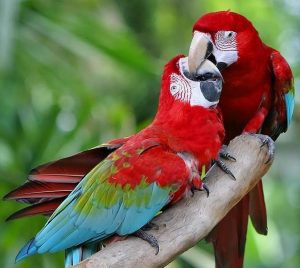 They can be fed a macaw specific pellet or seed mix on a daily basis. You can, however, offer your nutritious foods to your bird, but do remember never to give it chocolate and avocado as they are toxic to parrots and can raise health concerns.

Replenish the drinking water and wash the food and water dishes on a daily basis. You can provide a birdbath so that it can bathe itself or you can also use a mist-spray for its bathing purposes. Perches can ensure the trimming of nails and beak, but you will need to keep a regular tab on it and clip them yourself if the need arises. 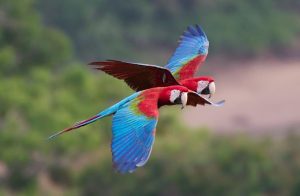 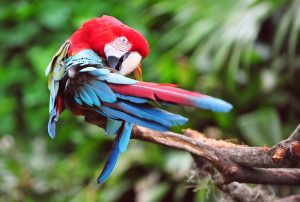 Some the common health problems that arise with green-winged macaws are:

Most of these illnesses can be easily avoided with proper care, diet and adequate enrichment and interaction. Make regular trips to the vet with your green wing to keep such issues at bay. 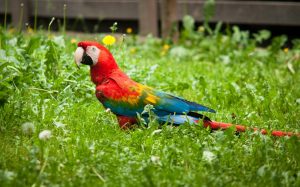 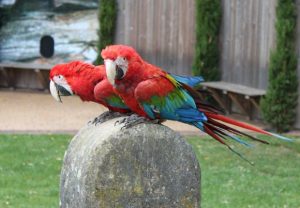