Military macaw parrots are rather beautiful birds found in Mexico and South America. They look similar to the great green macaw, also known as the Buffon’s macaw, but are a little smaller than the latter. The military macaws have been so named because of their plumage resembling the color of a military parade uniform. 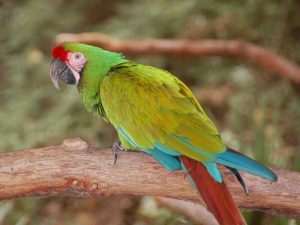 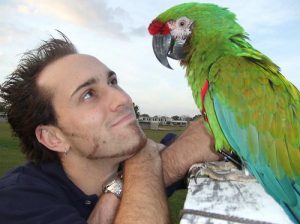 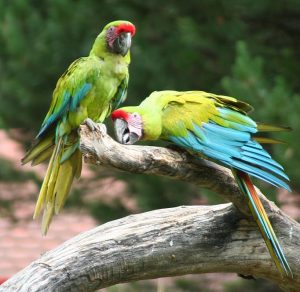 Like all macaws, Military macaws make great pets, but ideally, should not be kept as such because of their ‘Vulnerable’ status. They are a very social bird with a bit of a temper every now and then, but hand reared military macaws can become an integral part of your family. Let’s learn everything about a military macaw before moving on to actually owning one.

Military macaws are big birds and hence need to be given a sufficiently roomy cage with dimensions of at least 36x48x60 inches. Keep the cage in a separate room and soundproof it as much as possible, lest the neighbors complain about the noise levels generating from the bird. Put in a strong perch inside the cage, as well as some fresh fruit branches for the bird to chew on, but do replace these branches from time to time. Toys should be given for the enrichment of the bird, both chewable and playable. Let the bird out of the cage for a few hours each day.

Ideal temperatures for the military macaw range from 65°F to 75°F (18°C-24°C). They do however acclimatize to temperatures lower than 65°F, albeit gradually. 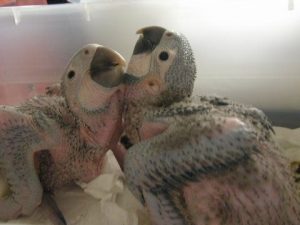 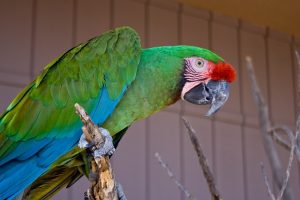 They are a very social bird, even in the wild they live in pairs and flocks of up to 20 individuals. A pet military macaw retains this trait and can be a very friendly bird, with occasional temperamental swings.

It is also an intelligent bird and will require constant enrichment and attention, otherwise, health issues stemming from boredom will creep in.

It likes to bond specifically with one individual, but training and socializing from a young age can get it to accept other people too. If not, they are prone to biting people they’re not fond of, but taking a cue from their body language can ward off potential danger.

Provide your military macaw with a diet consisting of sprouted or soaked sunflower seeds, walnuts, Brazil nuts, pecans and pine nuts. Veggies and fruits like banana, corn on the cob, apples and oranges can also be provided. Cheese cubes and wholemeal breads can be given to the bird occasionally. Chicken can provide the bird with the necessary protein.

Under no circumstances should you give the bird avocado and chocolate, as they can turn out to be fatally toxic for them.

Clear the cage at least twice a week of the droppings and wasted food materials.  Since the bird is a water-loving one, bathe it every day.

Replace dirty food and water dishes every day with fresh and clean ones.

Some of the illnesses that can affect the military macaw are: 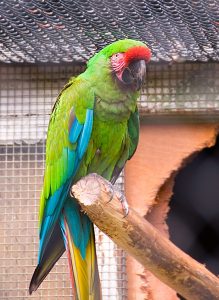 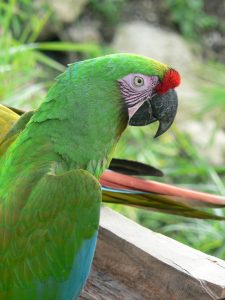 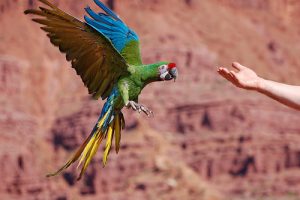